Your cart has expired
Your order contained expired items and your shopping cart has been emptied.
Close

This electrifying, all-new incarnation of the Grammy Award-winning and Tony Award-nominated smash made history as Broadway’s longest running musical revue and celebrates the best songs of the legendary songwriting duo, Jerry Leiber and Mike Stoller. Their generation-defining songs climbed the Billboard charts and provided hit after hit for icons like Elvis Presley, Ben E. King, The Coasters, and The Drifters. With themes of love won, lost and imagined, their songs touched global audiences with wit and slice-of-life emotions. Audiences will be treated to more than 30 show stopping tunes that you won't want to miss! 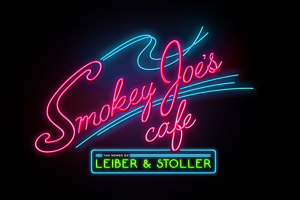